In order to develop reliable code in a collaborative way, it is important to put together an infrastructure for automated code versioning, its continuous integration, as well as code execution. To this end, we created two pipelines for continuous integration and data analysis as discussed in the following.

The continuous integration pipeline automates the process of code versioning, performing static analysis, testing, creating documentation, building a package and integrating with the data analysis pipeline. Figure below presents the pipeline created to automate the code development process for both API and notebooks. 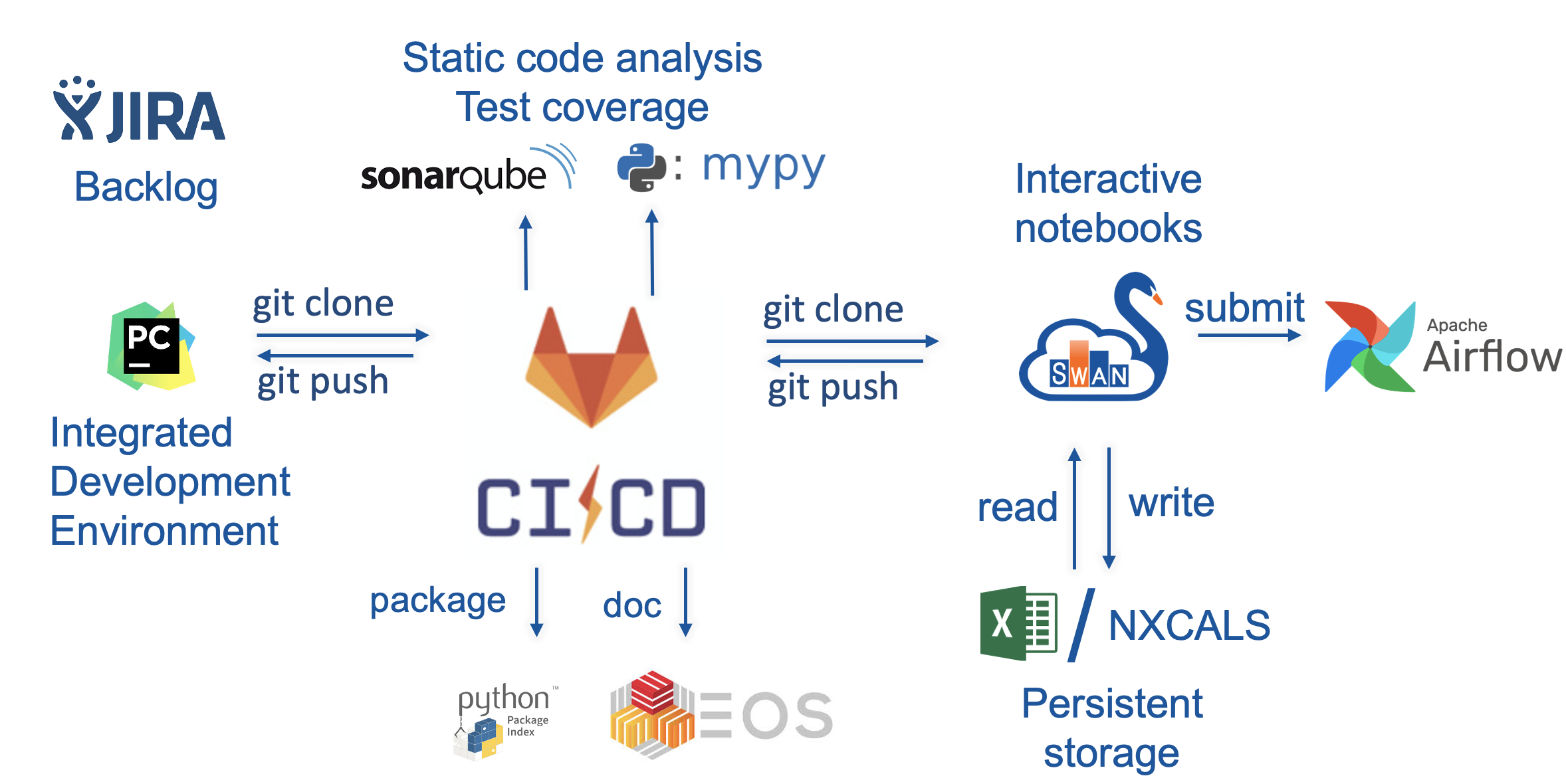 We chose the following tools and technologies:

Note, that we rely on industry-standard tools for the automation of the software development process. Majority (except for PyCharm IDE and Python Package Index) services are supported by CERN IT department reducing the maintenance effort.

The pipeline consists of several stages:

The EOS virtual environment is updated in case of:

The pipeline consists of a single stage executed on a master-branch tagged commit. It copies all notebooks into the EOS directory (eos/project/l/lhcsm/hwc/lhc-sm-hwc).

2. Release of a New Version

Instructions below are performed for lhc-sm-api repository. The same holds true for lhc-sm-hwc.